The Weaning and the Dreaming 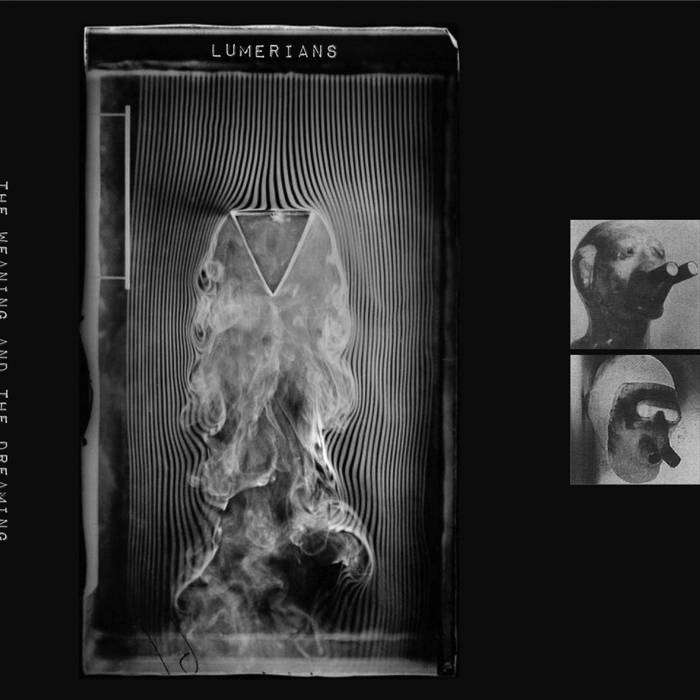 Lumerians most experimental release. The Weaning and the Dreaming was recorded on a 4 track tape recorded in the lobby of a sensory deprivation tank facility in Oakland. The rhythm section floated for 75 minutes, emerged and immediately recorded an improvised percussion track, played on the structure of the staircase itself, hand percussion objects and other features of the lobby. While the percussion was being recorded, the other half of the band floated for 75 minutes. The percussion track was reversed and two synth tracks were recorded over the backwards percussion. Originally a cassette only release, The Weaning and the Dreaming features two pieces of spontaneous composition at 29:55 and 29:35 minutes respectively. An Object Without Consciousness features forward synths and backwards percussion. Consciousness Without and Object features backwards synths and forwards percussion. A limited run of cassettes were made in 2012 and sold predominantly during Lumerians first European tour in support of Transmalinnia.

Lumerians are a prodigious force in the extra-terrestrial realms of modern psychedelia. Since forming in San Francisco back in 2006, Lumerians have drawn from a range of influences, both familiar and esoteric, conjuring up sounds from far into the future. On June 22nd the band will be returning with their third album, Call of the Void, on London-label Fuzz Club after four years under the radar. ... more

Bandcamp Daily  your guide to the world of Bandcamp